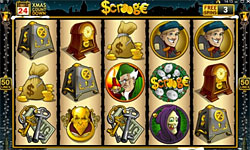 The United Kingdom is not exceptional regarding slots popularity. The UK slots machine provision is considered to be ruled by the Gambling Act affirmed in 2005. The Act is constructed taking into account the previous variant of it released in 1968.

Thus, the gambling establishments under the provisions of the letter document were allowed to use some particular categories of the slots. Thus, according to the current legislation, slots in UK are tending to be divided into the groups.

This category of machines was designated for the super casino exploitation. Manchester was chosen as the planned single location of gambling. However, due to the political course of Gordon Brown there were no lawful A category slots remained.

This category of games is subdivided into the other groups. However the differences in games like B1, B4 or B3 are mostly in prizes and the stake defined. For example, B2 slots are betting terminals with fixed odds and have different prize and also stake rules. These slots can be found mainly in licensed bookmakers, betting shops in electronic roulette format. Such games are also based on the random number generator.

This UK slots category is very often referred to one armed bandits or fruit machines, amusement with prizes, etc. Such kind of gambling machines can be found in the arcades, clubs and pubs. Slots usually have 3 reels, but sometimes it is possible to encounter 5 reels or 4 reels. The slots are tending to have different extra features with various opportunities for winning. In the UK all slots machines meet the following case: